Iran is located in southwest Asia, largely on a plateau between the Caspian Sea to the north and the Persian Gulf and Gulf of Oman to the south. Its neighbors are: in the north Azerbaijan, Armenia and Turkmenistan; in the east Pakistan and Afghanistan; and in the west Turkey and Iraq. Approximately 30 percent of its boundary is made up of the sea coast. Iran is considered a mountainous country because approximately 90% of its territory is situated on a plateau and more than half of the country is covered by mountains. As a whole, looking at the geography of the world, you will soon discover that Iran is one of the most mountainous countries in the world.

There are two major mountain ranges in Iran. The Alborz Mountain Range which is located from Northwest to Northeast Iran, with the highest peak in Iran (Mount Damavand, 5671 meters above sea level) near Tehran. The Zagros Mountain Range which is located from northwest to southeast of Iran, with several peaks higher than 4000 meters above sea level. The deserts of Iran are situated mainly in the eastern half of Iran. With two notable deserts: the Dasht-e -Kavir (Desert of Kavīr) and the Dasht-e-Lut (Desert of Lūt). These two deserts dominate the eastern part of the country and are part of an arid landscape that extends into Central Asia and Pakistan.

Iran has a diverse climate. In the northwest, winters are cold, with heavy snowfall and sub-zero temperatures in December and January. Mid-season is mild and summer is very hot and dry. In the south, winters are mild and summers are very hot, with temperatures exceeding 38ºC. In Khuzstan, hot summer is accompanied by high humidity. In general, the climate is arid, with most (few) rainfall between October and April. It rains a little more in the Zagros valleys and the coastal plain of the Caspian Sea.

Iran occupies an important position in international energy security and the world economy as a result of its large reserves of oil and natural gas. 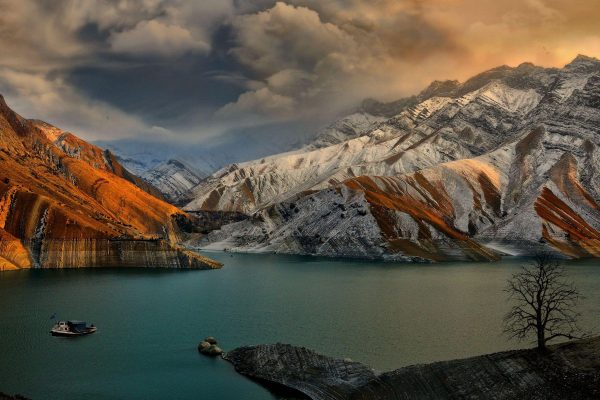 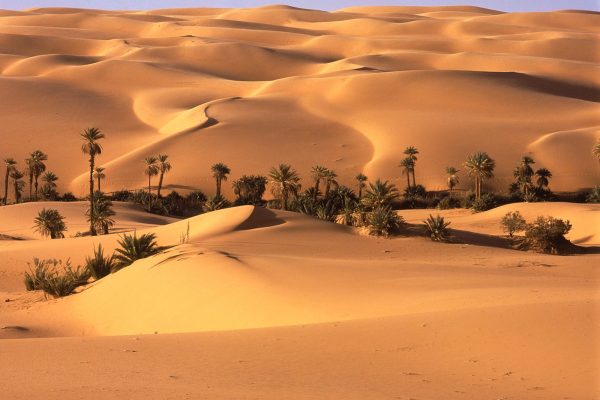 Iran is ancient Persia and was one of the greatest empires in the world. The Iranian nation is one of the oldest civilizations in the world. Upper Paleolithic and Mesolithic populations occupied caves in the Zagros and Elburz mountains. The region’s first civilizations descended from the Zagros foothills, where they developed agriculture, animal husbandry, and established the first urban cultures in the Tigris and Euphrates basins in present-day Iraq. The first urban peoples in present-day Iranian territory are the Elamites in the far southwestern region of Khuzestan. The arrival of the Aryan peoples – Medes and Persians – on the Iranian plateau in the first millennium BCE marked the beginning of Iranian civilization, elevated to a great Achaemenid Empire consolidated by Cyrus the Great in 550 BCE, under the rulers Darius the Great and Xerxes, the Achaemenid rulers they extended their empire from northern India to Egypt.

To date, a pattern has repeatedly occurred in Iranian civilization: The conquerors of the Iranian territory eventually became Persianized. The first of these conquerors was Alexander the Great, who swept through the region and conquered the Achaemenid Empire in 330 B.C.E. The process of subdivision of the generals of Alexandria and their descendants culminated in the establishment of the entirely Persian Sassanid Empire in the beginning of the 3rd century C.E.

The second great conquerors were the Arab Muslims, arising from wars in the south in 640 BC they gradually joined the Iranian peoples and, in 750, a revolution emanating from Iranian territory ensured the Persianization of the Islamic world through the establishment of the great Abbasid Empire in Baghdad. Other conquests took place through successive invasions of Turkish peoples from the 11th century onwards. They established courts in the northeastern region of Khorassan, founding several large cities. They became patrons of Persian literature, art and architecture.

Successive Mongolian invasions in the 13th century resulted in a period of relative instability that culminated in a strong reaction in the early 16th century by a resurgent religious movement – ​​the Safavids. The Safavid rulers began as a religious movement of the adherents of Duodeciman Shiism. They established this form of Shiism as the Iranian state religion. Iran is rich in culture and history. With hundreds of monuments, palaces, gardens, not to mention the beautiful mosques.